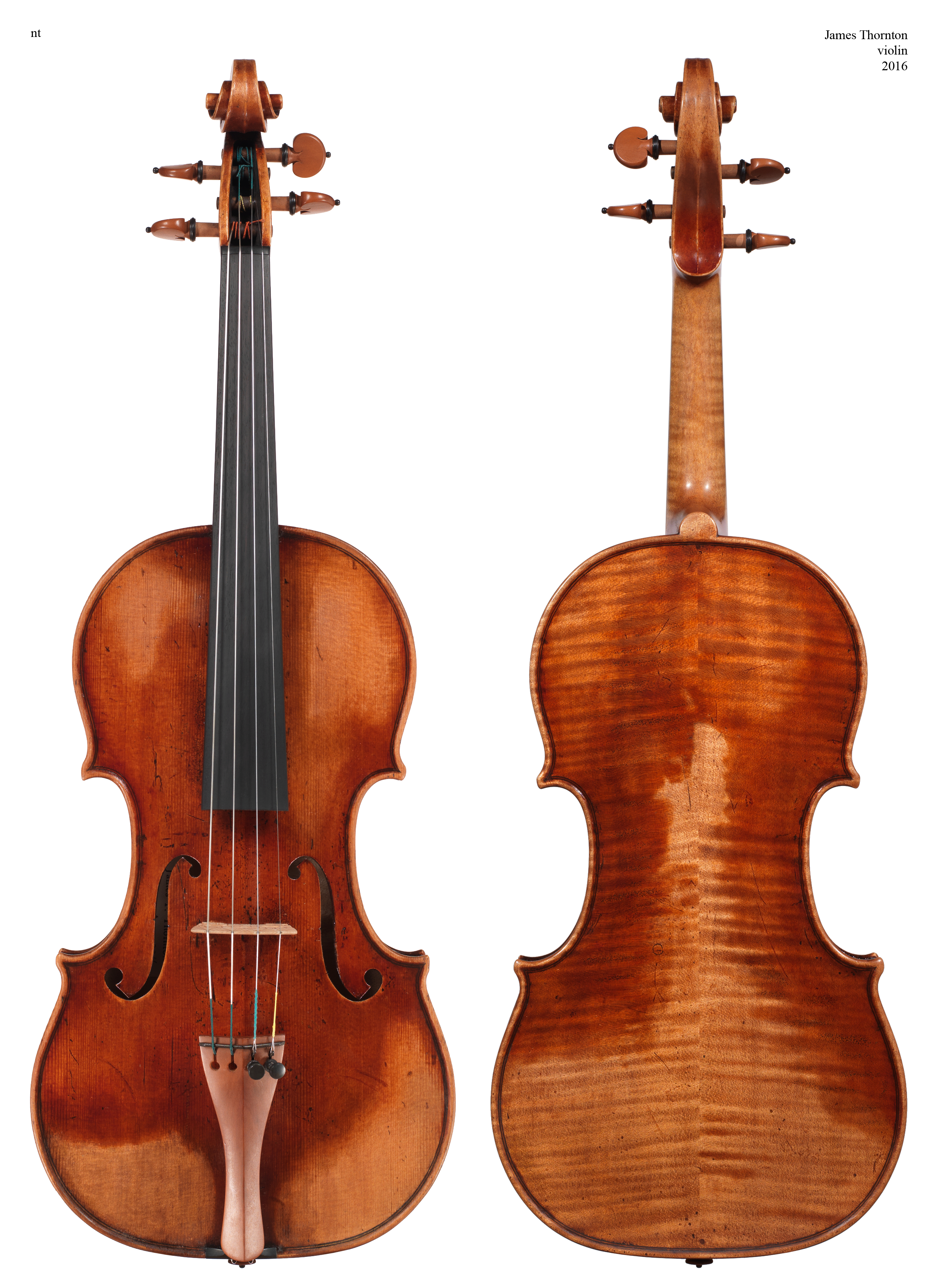 A Midwesterner, James Thornton received a Bachelors and Master of Music degree from University of Illinois, Champaign-Urbana where he studied violin and string pedagogy with Paul Rolland.  He was awarded a Fulbright scholarship to further his studies with Eduard Melkus at the Hochschule für Musik, Vienna, Austria where he lived for a number of years.

In Chicago, he studied violinmaking and restoration with Zenon Petesh while employed at Kagan and Gaines and finished his training at Michael Becker Fine Violins, Park Ridge, Illinois. Since year 2000, he has been running his own shop.  He has done repair and restoration for the Weisshaar family in Costa Mesa, California and for Christopher Reuning in Boston. He is a member of the American Federation of Violin and Bow Makers. Jim and his wife Susan (also a violinist) live in Wisconsin in a solar powered home.

In 2015, Jim produced his first CD – J. S. Bach Solo Sonatas and Partitas and Art of the Fugue with Eduard Melkus performing on an unaltered Aegidius Klotz violin. He is also a contributor to “Strad” magazine.